Leave us a message bellow

Comet Label Continues Its Hypnotic Elliptical Orbit Through Radical Funk Realms And Dance Floor Wormholes, Connecting To Five Decades Of Music From Four Continents And Still Heading For The Future, A Pure And Positive Light To Guide Our Way On.

Comet Records is a record label founded in 1998 by Eric Trosset and Manu Boubli. The label starts working with Tony Allen, Nigerian drummer and co-inventor of Afrobeat with Fela Kuti and Africa 70. Far from focusing only on Afrobeat, Comet has also grown its independent talents in jazz, electronica, the dancefloor… with artists like Wane Snow, Doctor L, Art Konik or Donso… Comet catalog has over 50 references. 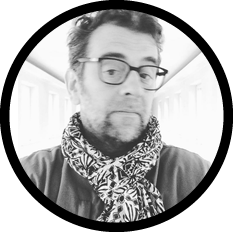 Comet Records grew surreptitiously but steadily, like an exotic plant seeded on an alien planet, designed to subvert and transmute a decadent establishment. The label blossomed out of Eric Trosset’s Parisian nightlife ventures and adventures in the late 1990’s. At a night they called Cithea, he and his camerades drove a path to a Black Music paradise, which mixed Free Jazz with Afrobeat, Funk and Soul with Jazz classics, Electronica with Hip Hop.

Bumcello’s Vincent Segal and Cyril Atef were not the only major talents to gather around the funky Club Cithea. One of Africa’s all time greatest musicians also surfaced there, Tony Allen, finest kit drummer alive and the Rhythmic Architect of Fela Anikulapo Kuti’s AFROBEAT project.

These days Tony Allen is probably better known and celebrated more widely and wisely than ever, but back in the 90’s, Tony had been forgotten and neglected by all but a very few Afrobeat cognoscenti. And that’s what Eric Trosset has surely been for as long as I’ve known him…one of the cognoscenti…same as it ever was. Tony started playing at Eric’s club nights and from then on the destinies of the two men became entwined across nearly 2 galvanic decades.

Eric’s Cithea sessions became such a musical and clubland focus, such a heaving mass of funked up, jazzed out humanity, that the idea of a record label beckoned. Embracing the messianic fervour that the music and the dancefloor inspired in him, he named it Comet….a spectacular, rarely seen guiding light in the sky. And the first release astutely brought together two of the most stellar forces the club had attracted: Tony Allen and electronic sorcerer and dancefloor daredevil producer Dr L. The result, the Black Voices double LP and its thunderous calling card, 12″ single Ariya. It struck like forked lightning across dancefloors on both sides of the Atlantic, in the wake of the rebirth and rediscovery of Afrobeat caused by the death of Fela Anikulapo Kuti.

Eric and Comet connected with kindred labels, DJs and producers. In London that meant I G Culture & the West London Broken Beats Posse’, the then South London Based Shrine Posse, Straight No Chaser Magazine and the fledgling Strut records, who were re-releasing Tony Allen’s Lagos albums from the 1970’s . Meanwhile in New York City, the house scene was totally vibing on Afrobeat sounds and before you knew it, producer J Dilla had sampled Asiko from Tony’s Black Voices album for Heat on Common’s album, Like Water for Chocolate (2000).

Comet continued to release a stream of albums from all their key players – Tony Allen’s Psycho on Da Bus with Doctor L, Bumcello, Donso – plus previously unnoticed reissues from the past – Afro Rythms compilations, Randy Weston, Henri Guedon etc. Tony’s Homecooking album (2002) featured his first ever collaboration with Damon Albarn (Every Season), and as this century has rolled on, Tony and Damon have never left each other’s radar, to the greater glory of both.

Over the years, Eric’s roles have evolved – artist management, A&R, executive production, project management – but from day one he has been totally fixated on the future sound of Africa as it hits club dance floors, along with rock and electronica dancefloor, creating an avant garde alternative to the more staid World Music scene.

Africa and that alternative vision of African Music remain his principal musical inspiration and belief. His own role within it constantly shape shifts as does the Comet label’s perspective, as he travels the world searching for new sounds, connecting with the Sao Paulo avant garde scene and Meta Meta, in berlin with the futuristic soul singer Wayne Snow, in Ghana with highlife legend Ebo Taylor and the golden voice of Pat Thomas.

For all bookings and press informations, please fill out the form below.

For all synch, licensing and custom composition inquiries, for any download track request for your media music searches, please feel free to visit the Shining Music website.