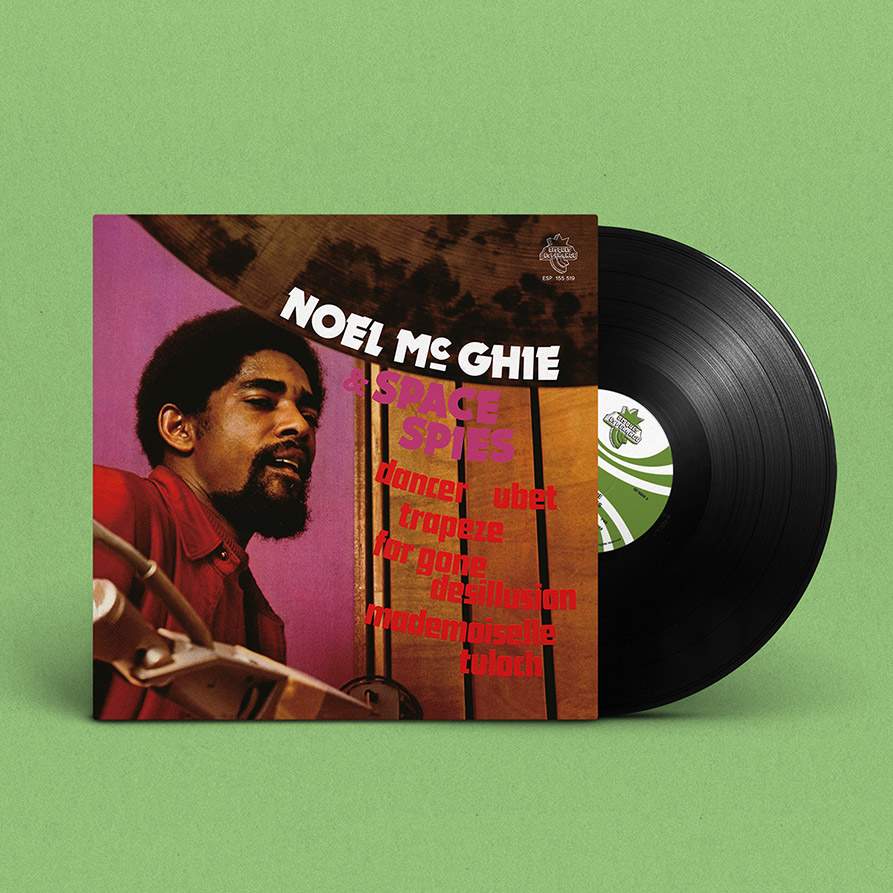 We are presenting the Comet reissue of Noel McGhie’s only full length LP, released in France in 1975 at cult private label Disques Esperance! A true rare groove classic, a one of a kind spiritual jazz funk record with a fusion touch. Includes ‘Trapeze’, ‘Dancer’ and ‘Mademoiselle Tuloch’.

Born in Jamaica but raised in the UK, Noel McGhie is one of those unsung heroes the music history if full of. Living in Paris during the early 70s, he became one of the most sought after drummers of the vibrant local Free Jazz scene of that time, playing and recording with the genre’s biggest legends such as Francois Tusques, Steve Lacy, Archie Shepp, Anthony Braxton or Bobby Few.

The record came out on the cult French label Disques Esperance in very small numbers. Way ahead of its time, Noel’s only LP is a masterpiece, a one of a kind spiritual Jazz Funk record with a fusion touch. From the dark breakbeat jazz tune ‘Trapeze’ to the deep spiritual jazz groovers ‘Dancer’ or ‘Mademoiselle Tuloch’, it remains a very special listening experience. This helps to explain why the original pressing has become such a solid rare groove classic and always a sure seller.

Comet Records is presenting Noel McGhie & Space Spies the second vinyl reissue after Superfly Records limited edition reissue in 2015, due to be out in fall 2022.

Special thanks to Masao Maruyama, Lewis Heriz and Maiya Barela.