In 1979, Tony Allen decided to leave Fela & Africa 70 and moved to London in 1982 Originally Released in 1984 on Earthworks Records, this reissue holds an extra track previously unreleased on vinyl called “Olokun” N.E.P.A (Never Expect Power Always) is a searing critique of the Nigerian Electric Power Authority, an organisation that governed the use of electricity in Nigeria).

It starts out with the title track, with a definite Afro-beat punch; Electro-claps stand as part of the percussion line, adding to a more modern look at what Afro-beat was becoming.

This is followed by an even further modernized piece of Afro-beat, as the title track is given a dub mix. “When One Road Close” has a similar pace, and is similarly followed by a dub remix, complete with the necessary space-effects reverb. And to make this reissue extra special the track “Olokun” was never released on vinyl before.

Blending the nascent rise of electronica into Afrobeat production, it’s tighter than any Fela album and became a definitive project in shaping Allen’s future sound. Whether it’s the electro beats or the punchier, multilayered arrangement, it instantly stands out in Allen’s vast and expansive discography. 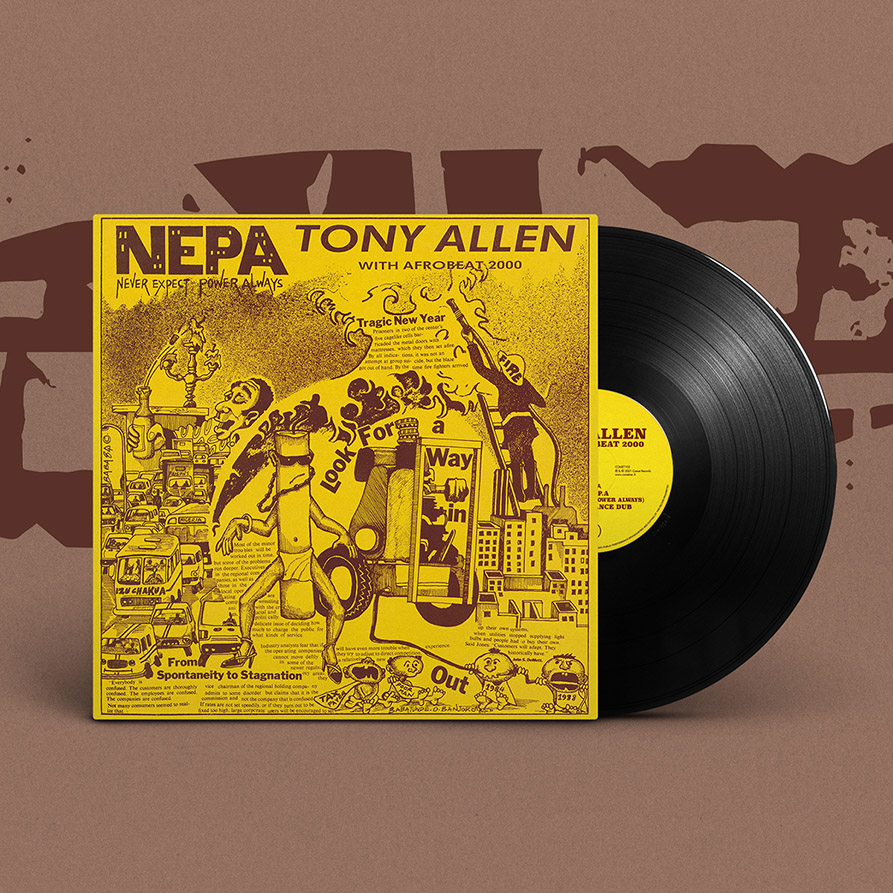