Doctor L
We Got Lost

Sound activist for twenty-five years, Doctor L go through the musical galaxies as an incandescent comet…

« We Got Lost» is also accompanied for its release on the label Comet of video clips and specially the first two singles from the album: « No Prison » and « Riders».

Sound activist for twenty-five years, DOCTOR L go through the musical galaxies as an incandescent comet, still fusioning. From the 80’s Punk Rock to Hip-Hop music scene from the start of Electronica to the rebirth of the International Afro-beat.

In 2000, already on the label Comet Records, he was able to bring Lagos´afro-beat towards the third millennium with the album “Black Voices” by Tony Allen and even send it to the moon, with the disc Psyco on Da Bus.

Since ten years, Doctor L has been pursuing this vision of a protean music, which brings together past, present and future in a resounding Big Bang. For ten years, to take this crazy bet, Doctor L has been creating continuously in his home studio in Saint Ouen (Paris) and made international collaborations: New York, Paris, London, Lagos, Berlin, Bamako, Marseille…

The whole world passes on the second floor of his crazy building to navigate to a cosmic elsewhere. Like a painter or a sculptor, Doctor L inhabits this artistic center as a workshop, where come to life human, audio and graphic stories. As a testimony, the album cover of We Got Lost, the second of a trilogy of meticulously crafted records, is a sepia and psychedelic picture conceived and designed by Doctor L of a decade of meetings. Depending on the tune, he can be found on electric guitar, percussion, or the synthesizer bass. But also working on the image, photography, production of his clips…

Self-taught, conceptual hacker, predator for references, trans-continental DJ, Doctor L, aka Liam Farrell is a complete artist. Second child in a family of boys, son of an Irish painter and a libertarian British art critic, he was born in Dublin in 1968, he grows up between France and Ireland, heart of the notion of resistance. “Ireland is the only European country to have made a contemporary experience of colonization, assimilation” he insists, ensuring that this is what initially drove him to the black American culture, then African music: a question of meaning basically.

Much influenced by the revolutionary art of Emory Douglas**, artist of the Black Panthers, Malcolm X’s speeches, the rage of Public Enemy, and later by The Clash, the universality of a Bob Marley or the creativity of the Afro-psychedelic rock of the 70’s, Liam Farrell likes to see in art the revolution to come. Adding to it irony, political awareness, poetry and the colours of its inner travels.

Fiercely opposed to the segregation of arts, he displays graphic, audio and visual shows with his brothers Malacchi and Seamus. A work which is widely recognised in the English-speaking world.

In France and specifically in Seine Saint Denis, “The Family Farrell***,” a two-part exhibition of works exposed at “Mains d’oeuvres” (Saint Ouen) and at “Maison populaire” (Montreuil), shown the libertarian identity of these unclassifiable brothers. Recognized by the critics in France, followed by his fans, but unknown from the main stream, Doctor L advance masked, works on many projects under different identities, ephemeral labels, remix his own albums, far from the music system and in a perpetual search of its future. 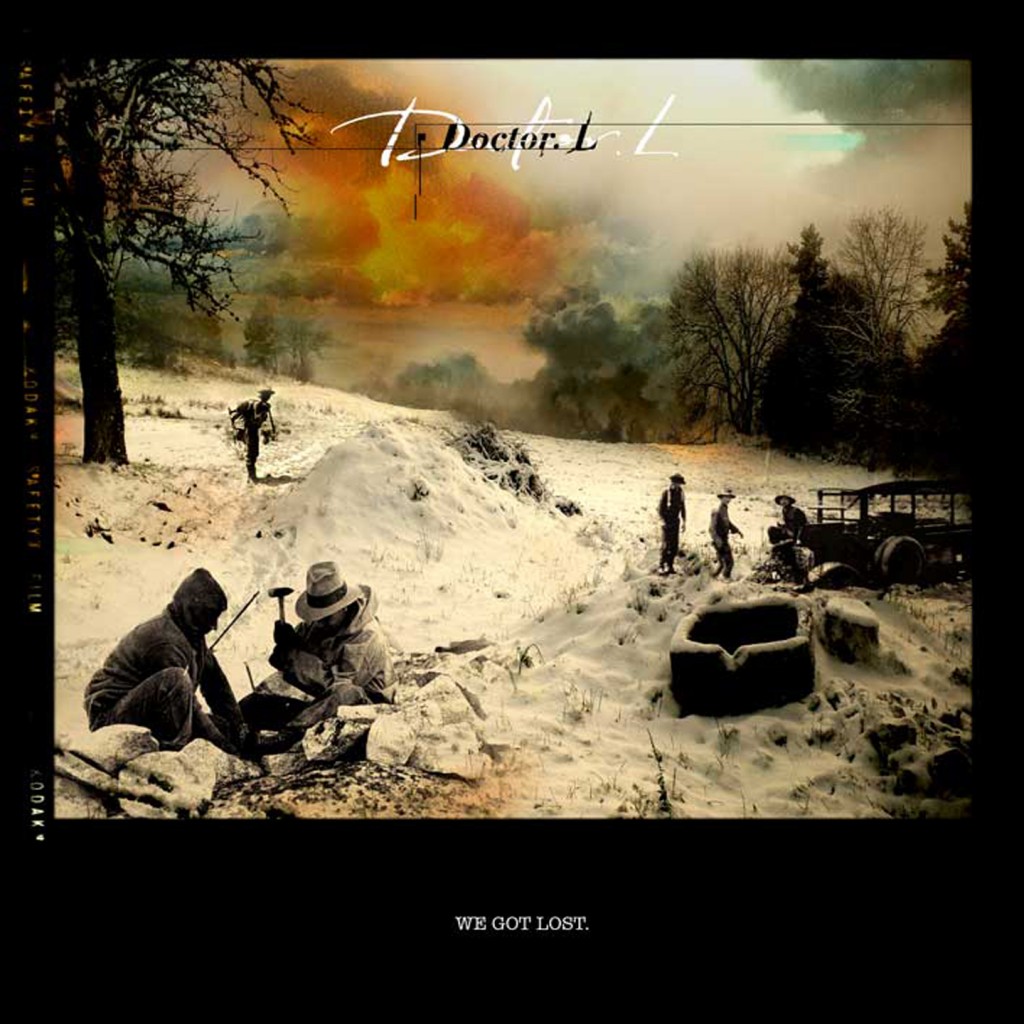