The debut record from the French and Malian group known as Donso is unquestionably one of the most uniquely exciting albums in years.

There is only one proven way to move music forward: to innovate new sounds and combine styles that seem to stand in strong contrast to one another. Whether it is the fusion of Pop and african, jazz and hip-hop, or rock and electro, it is often within these experimental sounds that the future of music can be heard. To this point, whenever groups attempt to fuse together the sounds of African Beat, or any of the traditional sounds of that continent, it can yield some of the most original and stunning music ever. Following this tradition, the debut record from the French and Malian group known as Donso is unquestionably one of the most uniquely exciting albums in years.

The album itself is easily one of the most musically diverse records in years, as it runs a wide range in terms of styles and influences that are found on the eleven tracks. Each track has a very unique sound and mood, and the sheer diversity in sonic textures is an amazing accomplishment. Presenting sounds from traditional African Beat all the way to deep, ambient textures, Donso has something that is sure to engage music fans across the spectrum. Regardless of the genres that the group fuses together, the results are consistently fantastic, as they quickly make it clear that the African Beat sound can be seamlessly injected into any other style and yield extraordinary results.

Donso consists of a quartet of brilliant musicians who, when combined, clearly push one another to greater musical feats at every turn. Much of the modern spin on the music comes from the work of electronic instrumentalist, Pierre-Antoine Grison (aka KrazyBaldhead), and the way in which he waves the traditional African sounds into the electronic genre is nothing short of stunning. The guitar and Djele N’Goni work from Guimba Kouyate is equally fantastic, and a wide range of playing styles are found here, from the winding, almost spacey progressions on “Musow” to a energic rock sound on « Djanjigui”.

Playing both Donso N’Goni as well as handing the live percussion, Thomas Guillaume brings some of the most wonderfully primitive beats ever heard, and the way in which they are worked into the modern sounds is nothing short of sonic genius. Also appearing on Donso are Ballake Sissoko on Kora and keyboardist Cheick Thidiane Seck, and the massive amount of diverse instrumentation and stylistic approach truly makes the album like nothing else in music. 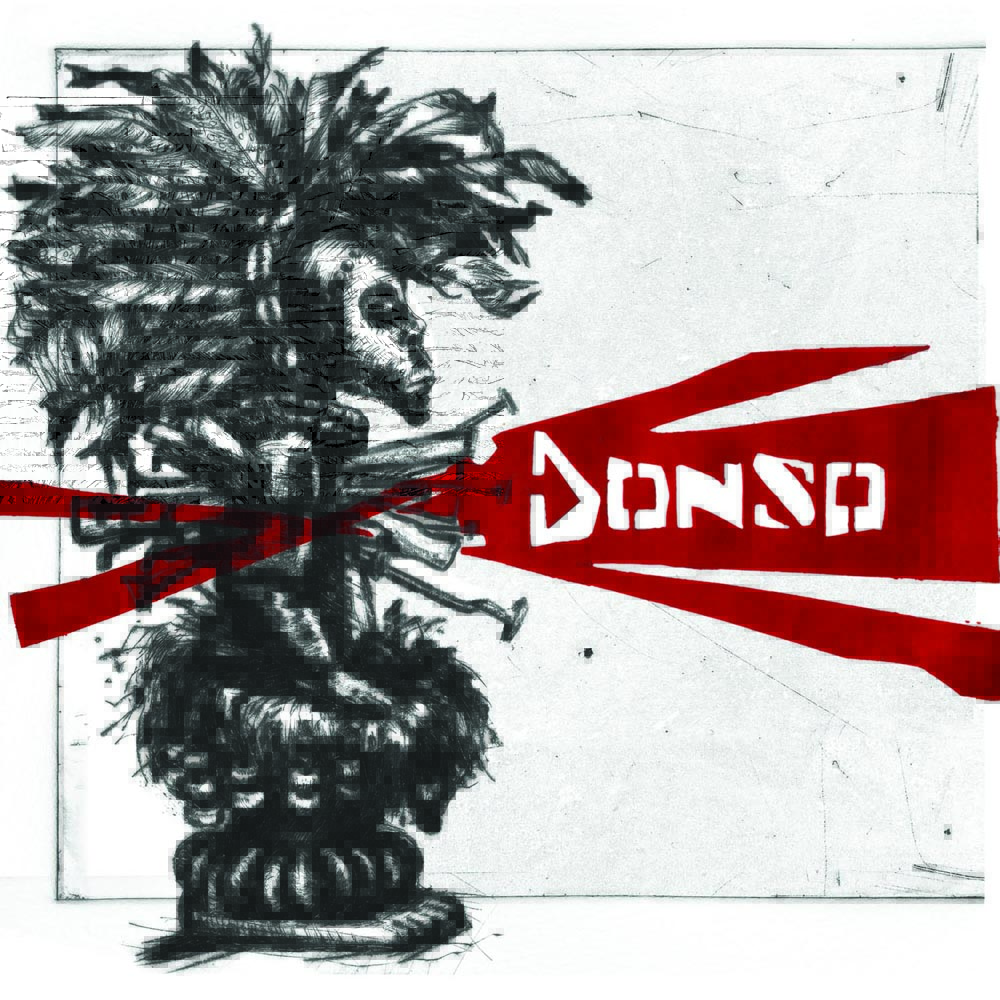